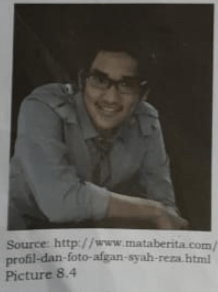 What does the text mainly tell about?

15. "When he glanced back, his wallet has vanished!" (last paragraph). The underlined word means ....

Arrange these sentences below into a good paragraph. I had no choice but to go to barber. It was time to be hold. So, she started to snip my hair with a scissors. My father was overseas. H...

1. What is the title of the story above ?