Complete the following text with 'or' 'and' 'but' correctly.
Read the text aloud, in turns. 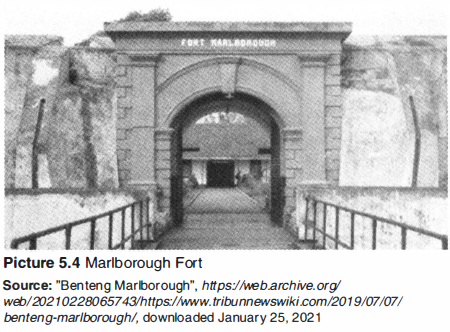 Which do you like the most, visiting a historical place (1) ____ a beach? You can enjoy both by visiting Marlborough Fort located near the seashore of Bengkulu. The fort was built between 1713 and 1719, and was completely renovated between 1977 and 1984. The building was used for defense, office, (2) ____ prisons.

The fort is situated on a hill, facing the city of Bengkulu (3) ____ the back of the Indian Ocean. It is square-shaped with measurements 240 x 170 meters (4) ____ all of the four corners have a bastion. The fort is old, (5) ____ still looks impressive. The northern (6) ____ southern entrances can be reached by small wooden bridges. When entering the fort, visitors will see the gravestones of British officers. They will also find a detention room where was used for prisoners during colonial times.

The fort has several cannons. They looks old, (7) ____ still strong. Visitors will also experience to see tunnels. The other part of the fort is used as a museum which exhibits historical objects (8) ____ shows the history of the fort. Visitors can see the great power of the colonial invaders with the building of a large fort and still fully equipped. They also can enjoy the panoramic view of the sea from one side of the fort which is indeed beautiful in the afternoon. Visitors can choose to enjoy the sea from the fort (9) ____ walk to the beach.

By visiting the fort we can learn a valuable history, take amazing photos, (10) ____ enjoy the beautiful sea, so don't miss to visit this fort when you are in Bengkulu.

Answer the following questions based on the text in Activity 8. "The fort is old, ... still looks impressive." (Paragraph 2) What is the closest meaning of 'impressive'?

Answer the following questions based on the text in Activity 8.

What is the closest meaning of 'impressive'?

D. Answer the following questions based on the texts in Activity C! What is a bulwark?

"Like most bays, the waves on the beach of Green Bay are gentle , allowing people to go swimming or play in the water along the shoreline." The underlined word has similar meaning to ...

One of the most interesting places to visit in Singapore is the Bird Park. It is located in the industrial area in Singapore, called Jurong. The bird park is about twelve kilometers from the centre of...