Fill in the blanks with the words in the box! 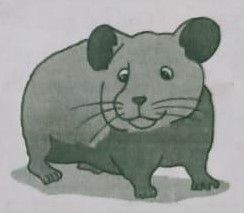 Arrange the jumbled words to make a good sentence!   The - speak - cockatoo - can

3. How are the tiger's teeth according to Siti?

Based on the previous text, complete the following text with the words provided.  Michelle is a kitten. It is only ____.